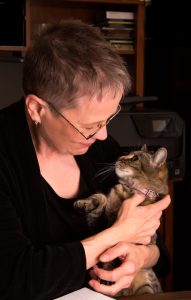 D.B. Borton has published eleven mystery novels in two series, the Cat Caliban series and the Gilda Liberty series, in addition the mysteries Smoke and Bayou City Burning and a humorous science fiction novel, Second Coming. She has also published an art book with photographer Jeff Nilan, The Road Home / The Home Road. As an academic writer, she has published two books with Wendy Kolmar on women’s ghost stories — one an annotated bibliography and one an edited critical collection. Her articles on film, women’s literature, and the supernatural have appeared in Legacy, American Literary Realism, Film Criticism, and Frontiers. Her current research is on the girl detective, which she regards as a granddaughter of the early gothic heroines, and publishes a blog about girl detectives on this website. She has also written for Ms. magazine.

A native Texan, Borton has lived in the Southwest and Midwest and on the West Coast, where she has planted roses and collected three degrees in English without relinquishing her affection for and reliance on nonstandard dialects. 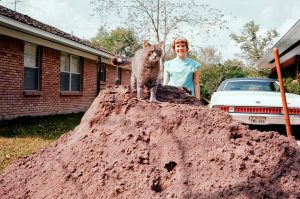 Borton became an ardent admirer of Nancy Drew at a young age. She once acquired a cat in the process of negotiating her way from fish to dogs, and learned that her conception of the Great Chain of Being was seriously flawed. She has lived with — and served — cats ever since. 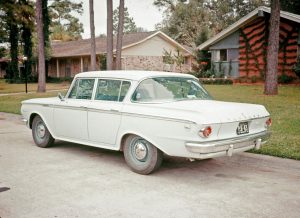 At the age of fourteen, she acquired her own blue roadster,trained on the freeways of Houston and the broad stretches of oil-endowed Texas highway, and began her travels.

She also began a lifetime of political activism, working only for political candidates who lost. She left Texas at about the time everyone else arrived. 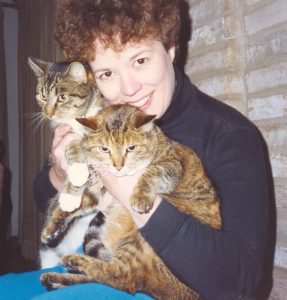 In graduate school she discovered that she could transform a history of reading and watching late movies into an academic degree. She added considerable range to her culinary skills, since she lived in a town where cooking, eating, and basketball were the only entertainment available.

A year following graduate school, she accepted a position as a women’s studies administrator at a large state university; she survived seven years in this role. In a period of career crisis, she took to writing murder mysteries, though she has thus far resisted the temptation to kill off her personal enemies in fictional form. She is not making any promises about the future. 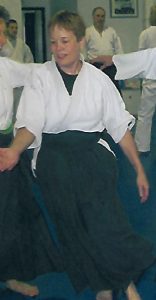 In her spare time, Borton gardens, throws pots, and studies aikido—all of them with limited success. Borton assumes that these activities, none of them recommended for the spatially challenged, will keep her humble. She is also a Healing Touch for Animals practitioner. 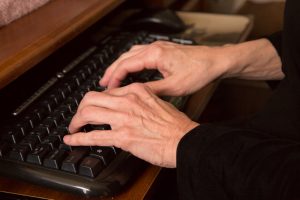