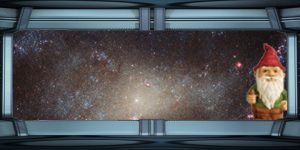 This is Elvis, coming to you from outer space, where Larry and I are rocking out to all the CDs I bought at Crooked Beat before we left D.C. We are also watching the movies I bought at Blockbuster.

This brings me to my current favorite flip, INVASION OF THE BODY SNATCHERS with Kevin McCarthy and Dana Winter. If you haven’t seen it, Kevin and Dana star as two earth people trying to fight off an invasion of aliens who are trying to take over the planet by pods. The aliens put the pods next to an Earthling, and the pod grows an artificial Earthling just like him. (There are pod women, too.) The pod people take over the Earthling’s life, and they look just like the Earthling, except that they don’t have any emotions. They are never happy or sad, but they are very funny to watch. Larry says that they are not supposed to be funny, but I think he’s wrong. Larry says that’s why some Earth people are scared of us, because they’ve been watching too many alien invasion movies with pod people in them. (I know not all of y’all are like this, or we wouldn’t be Facebook friends, but we met a few people who looked at us the way Kevin looks at the pod people in the movie.)

So here are my questions. Why do Earth people assume that visitors from outer space want to take over their planet? It’s a nice planet, with a very pretty moon and an impressive ocean and lots of beautiful green plants, but there are many nice planets in the universe. It’s true that the other ones don’t have Taco Bells and dogs and Elvis Presley music, but they have other things that Earth doesn’t have. And besides, y’all haven’t been taking very good care of your planet. I’m just saying that if anybody wanted to take over a planet, they’d probably look for one that was in better shape. Like, if you went to buy a used Buick, you would want one that looked like it could last for a while.

My other question is why Earth people think that people from other planets might not have any emotions. Most of the ones I’ve seen in Earth movies are serious all the time, or mad all the time. E.T. is the only one I’ve ever seen phoning home to talk to his peeps. But people who live on other planets are a lot like Earth people. They have families and animals that they love, and some of their jokes are funnier, too.

Now, don’t jump down my face, dudes. I’m a big fan of Earth. And y’all were real hopspitable to Larry and me this last time, mostly. But you just might want to rethink your ideas about aliens, that’s all.

This postal is too long already, so I’ll sign off. Later, gators!